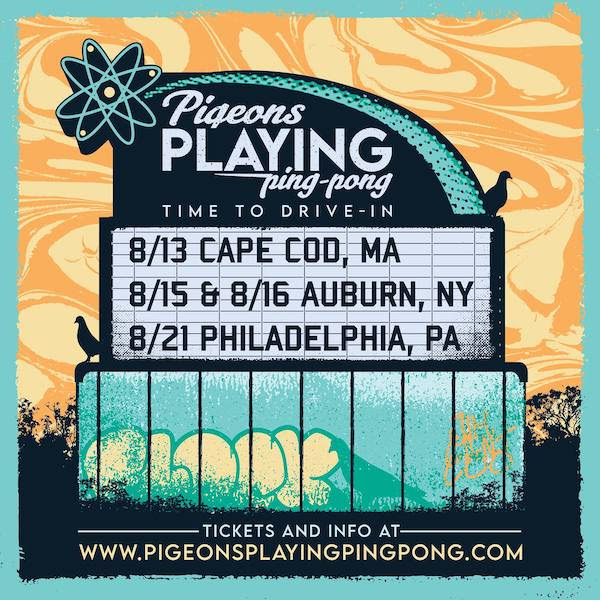 After what has definitely felt like three eternities, Pigeons has announced some new dates! They will be playing 4 drive in shows this August. See the list and links below. 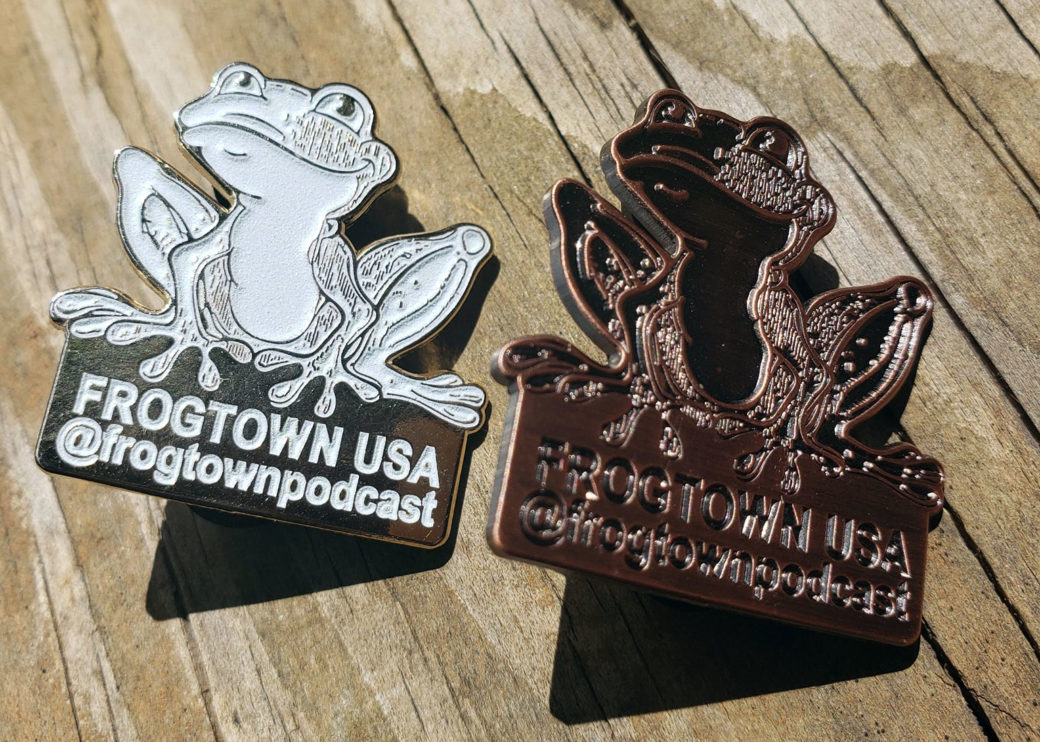 Do you watch the Frogtown USA video podcast hosted by G. Dad and Brody? If not, tomorrow’s a great day to start! They’re doing a “Pin Makers” episode, and they’ll be joined live via video chat by none other than myself, along with a couple other pin makers I’m sure you’re familiar with. We’re going to talk about the pin-making process, how Covid-19 has impacted the pin market, and of course pin databases, among other things. If you’re into pins, it’s an episode you don’t want to miss.

I’m very happy to announce that Will F. has joined the flockers.net team! He easily has the most comprehensive collection of Pigeons merch out there, so who better to help me keep up with it all? In a few short days, he’s added easily over 100 pins and is driving the addition of some new lists here! The Buttons section was just added and will be filled in soon, and we anticipate adding some more sections such as bracelets and slaps.

Big thanks to Will for the work he’s done so far, and I’m really looking forward to everything he’s going to bring to the team!

Homefest is awesome, but if you’re itching to get out and do some socializing, the following venues will be streaming Homefest this weekend for your enjoyment (in accordance with local safety guidelines, check with the venue directly if you have questions).

Here’s the list, hope everyone has a safe and fun Homefest weekend!

After taking a bit of a hiatus, the Flock Talk crew is back with a brand new episode! The main feature this episode is, yep you guessed it, Homefest! Brad and Thomas break down the schedule, and get in to some discussions about their predictions for the weekend, and what they’d like to see.

Subscribe on iTunes, listen on Soundcloud, or use the player below: 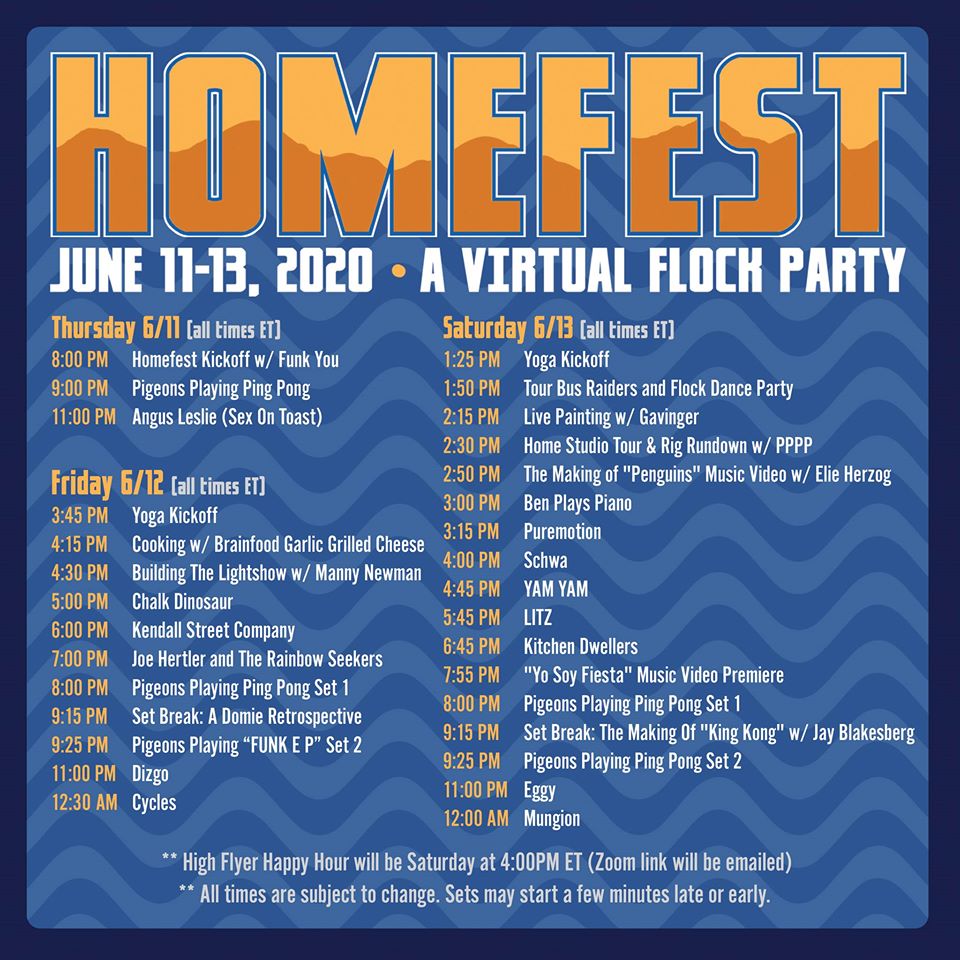 The long-awaited schedule for Homefest has finally appeared, and it looks packed!

Things get started Thursday night, with a Homefest Kickoff featuring a personal favorite, Funk You. Pigeons will then play a set, and Angus Leslie (of Sex on Toast) will close things out.

Friday we get started with some workshops (including Manny’s, which is always a favorite), and then Chalk Dinosaur gets us started with the music. Kendall Street Company and Joe Hertler and the Rainbow Seekers are up after that. Pigeons will be playing two sets (including the “Funk EP” set) starting at 8, with a “Domie Retrospective” during set break. Dizgo and Cycles round out the night.

Saturday starts off a little earlier with a bunch of fun workshops, classes, and a Flock dance party. The music portion of the evening begins with some solo/side-project stuff (Ben Plays Piano, Puremotion, and Schwa), followed by YAM YAM, LITZ, and Kitchen Dwellers. Then before Pigeons get started at 8, there will be the premiere of the “Yo Soy Fiesta” music video! After Pigeons second set,  Eggy and Mungion close out the fest.

All in all, it looks to be a fun weekend with great music! I’m looking forward to a bunch of the workshops, and hopefully getting to virtually hang out with the flock!

Sorry for the late notice, but tonight at 8PM ET, all four members of the band will be live on Live for Live Music’s Facebook Page, discussing all things Homefest, and new music!

Support 2 great causes by purchasing one of our fundraiser pins!