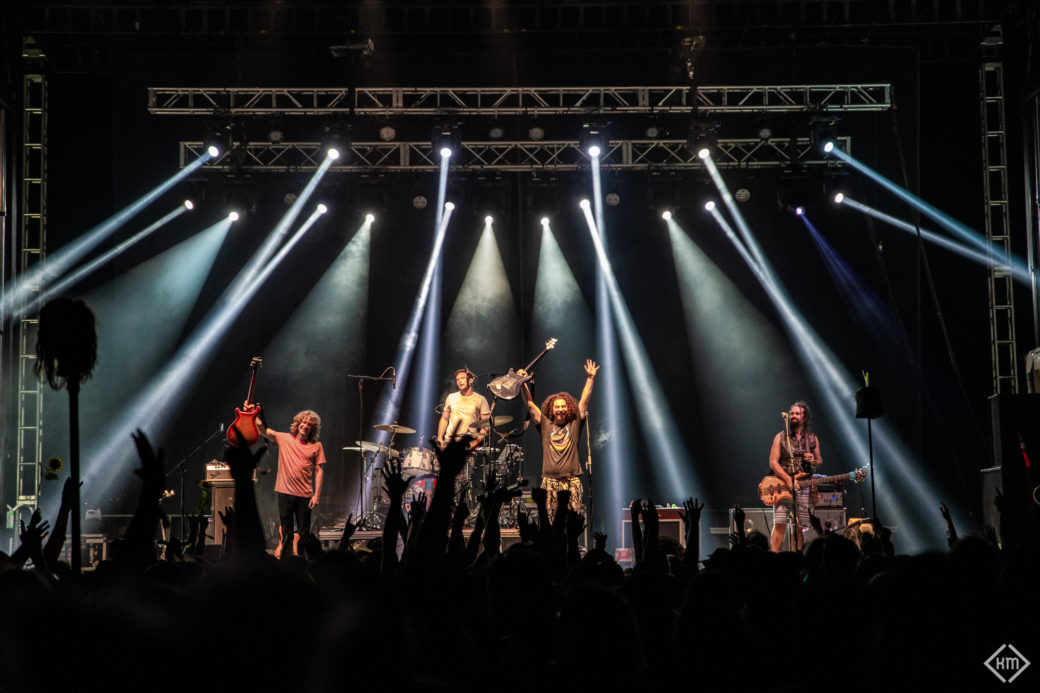 The Baltimore-based psychedelic rock quartet Pigeons Playing Ping Pong delivered three excellent sets to thousands of fans at Resonance Music and Arts Festival in Slippery Rock, Pennsylvania last weekend. Flockers from around the country converged on Coopers Lake to watch them perform at the highly-lauded event that marks the end of festival season for many. Thrown by Essential Productions and featuring four sets of Papadosio, Resonance did not fail to exceed even the highest of expectations.

Following the progressive rock band Chon, our feathered friends took to the mainstage to deliver an incredible 90-minute set. Greg Ormont, Jeremy Schon, Ben Carrey, and Alex “Gator” Petropolous wasted no time bringing the heat, starting with a fiery rendition of their song “Too Long” off their latest album Pizazz. With a jam section that explores a dynamic range of sounds, “Too Long” set the mood for what would be an unforgettable set. The next tune on the setlist was “Somethin’ For Ya,” also off the 2017 release, Pizazz. Fans have come to expect something special when they hear this song, and the Baltimore birds did not disappoint.  They had something for us, indeed.

Pigeons then launched into a “Havana” that would not soon be forgotten. As the first notes rang out through the speakers, fans gazed wondrously at the stage as the magnificent Kalah Raela provided a stunning aerial performance. The crowd seemingly cheered endlessly as the song came to a close, but the band continued headstrong into the energetic “King Kong.” Led by bassist Ben Carrey, “King Kong” contains one of the most recognizable bass riffs and the crowd buzzed more than at any point during the entire set. Thunderous vocals by Greg Ormont led right into a breakdown that featured a cover of Black Sabbath’s “War Pigs,” and a drum solo by “Gator.” 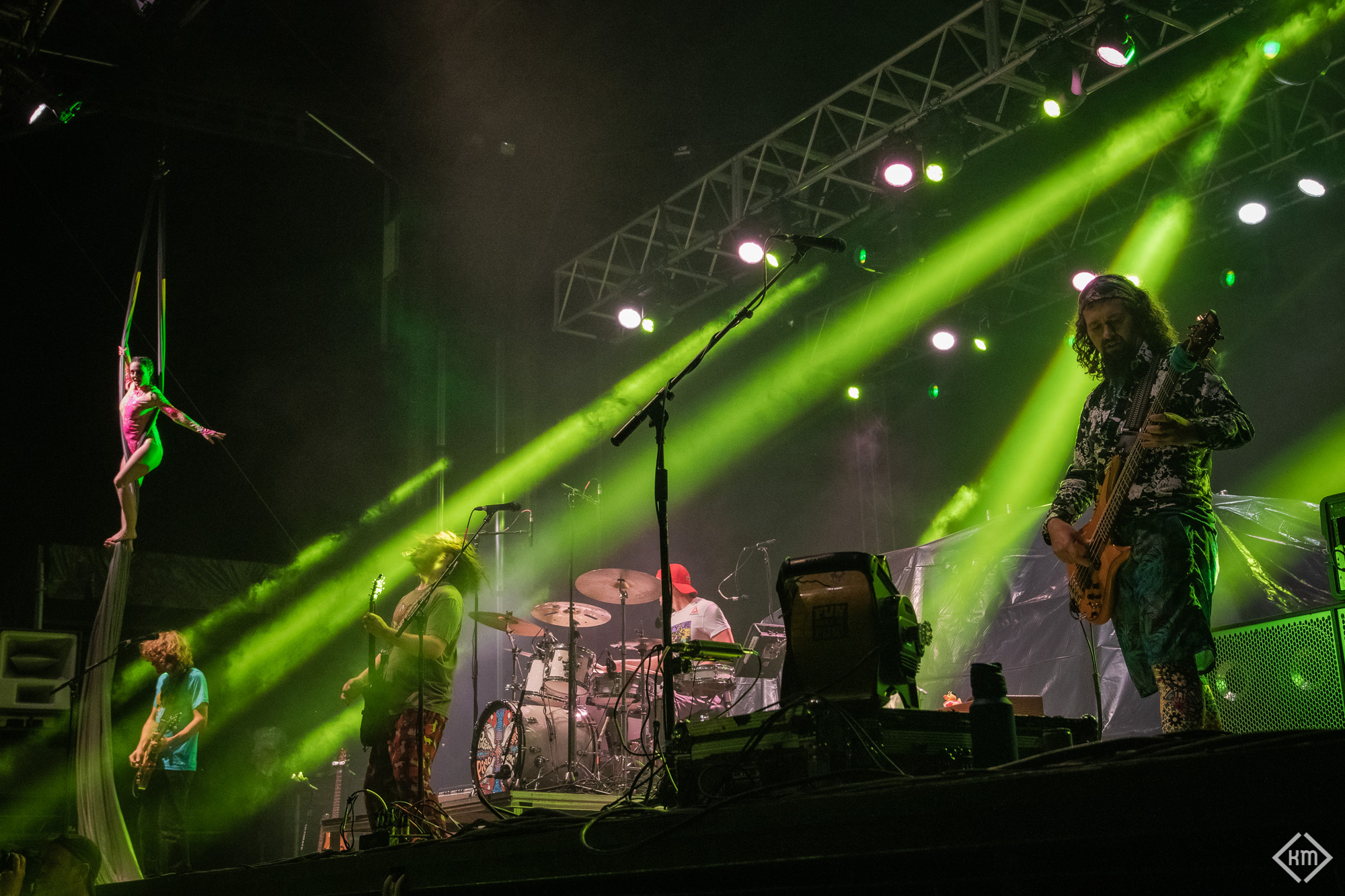 After finishing “King Kong,” Ormont drove the band into a fan-favorite, “Poseidon,” which contains uplifting and exhilarating vocal and jam sections. As he strums the first E Major chord, attendees across the festival grounds begin to cheer in anticipation for the song that is known to rejuvenate and heal the soul. As this sonic masterpiece ends, Pigeons begin their only instrumental of the night, “Condenser,” off their 2016 release Pleasure. This hypnotic and danceable track featured both a “Su Casa” and a vocal jam sandwich that left viewers in awe. While patrons did not literally kick off their shoes, “Su Casa” made us all feel right at home and set the tone for what would be a magical three days.

Melting Lights, Fade Fast, and Fun in Funk closed out the first of three sets for Pigeons Playing Ping Pong. They set a high bar that would only be raised over the next two nights.

Night two of the Resonance Music and Arts Festival was a funk-filled rager, complete with newer songs, bust outs, sit-ins, live painting, and fire circles. Performing between Papadosio and the highly anticipated Tipper, Pigeons Playing Ping Pong did not fail to bring the over-the-top energy they are so well-known for. Exploding out of the gates with the head-bobbing funk track “Whoopie,” fans found their feet tapping and hands clapping from the very beginning of the set. Next up was their Rob Gronkowski inspired “Yo Soy Fiesta,” which is a short and upbeat song that embodies their penchant for keeping the party going. Of course, the party did not stop with “Yo Soy Fiesta,” as Pigeons barreled forward into “Time to Ride,” one of their more well-known tracks off their 2014 release Psychology. This lively song featured a rhythmic jam section and a much-sought-after Kiwi sandwiched right in the middle. The invigorating and listenable lyrics of Kiwi led into one of the more memorable jams of the night, blazing a trail right back into Time to Ride.

As the flawless T2R > Kiwi sandwich came to a close, the band welcomed A.C. Carter (keys) of Tauk to the stage for a sit-in on “Bad For You,” from their third album Pleasure. The jam section of “Bad For You” was one of the most layered and textured jams, and kept fans moving endlessly. Containing some of the deepest valleys and highest peaks, A.C. helped to bring this set to a new level. This unique and unpredictable jam ended on a high note and left the thousands of people in the crowd wanting more. Within seconds of the song ending, everyone knew it would now be time to appreciate the purpose of the show – raging with the band! 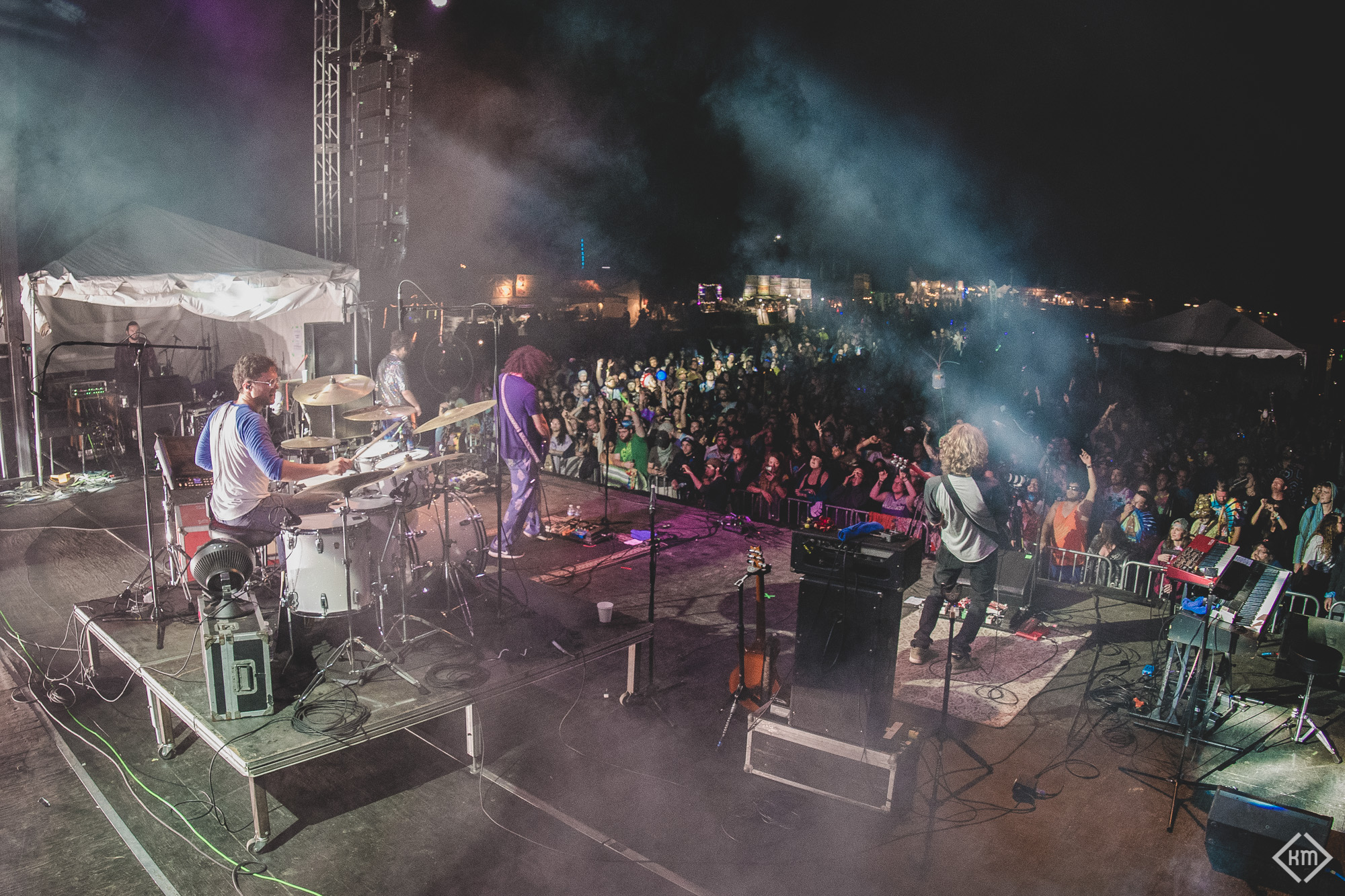 A well-tooled Zydeko catapulted us into a rare bust out cover of X-Files, which correlated perfectly with the “Area 51” theme of the day. The mesmerizing instrumental transported concert-goers to another universe and seamlessly segued into “The Hop,” another instrumental that often precedes “FU.” The thumping instrumental did indeed lead to the feel-good “FU,” where Ormont welcomes artist-at-large Nick Gerlach to the stage to sit-in on saxophone. To top off this thrilling night-two performance, Pigeons put the liquid in our funk with their original song “The Liquid,” closing it out in the same way they began – up-tempo psychedelic funk.

As dusk turned to night on Saturday, rain clouds gave way to rainbows and fans emerged from their shelter ready to dance the night away. While puddles littered the main stage area, that did not stop thousands from gathering to listen to two sets of Umphrey’s McGee followed by the final installment of Pigeons Playing Ping Pong. Starting just after midnight, Pigeons came out firing on all cylinders with a flawless rendition of “Porcupine.” Up next was the joyful “Burning Up My Time,” which features inspiring lyrics that keeps fans engaged and singing along. An expansive jam section segued seamlessly into the only cover of the night – a solid take on “Otherside” by the Red Hot Chili Peppers, which again segued perfectly back into BUMT.

After The Flock had found “the key,” it was time to celebrate the people we love with the cerebral “Horizon,” off their second album Psychology. This was easily one of the most surreal moments of the weekend. Looking around, one could see fire dancers spinning flow props, live painters creating art right before our eyes, tears flowing from the faces of loving fans, and hugs being shared all around. While this song leaves us on the highest of highs, Pigeons were not done just yet. 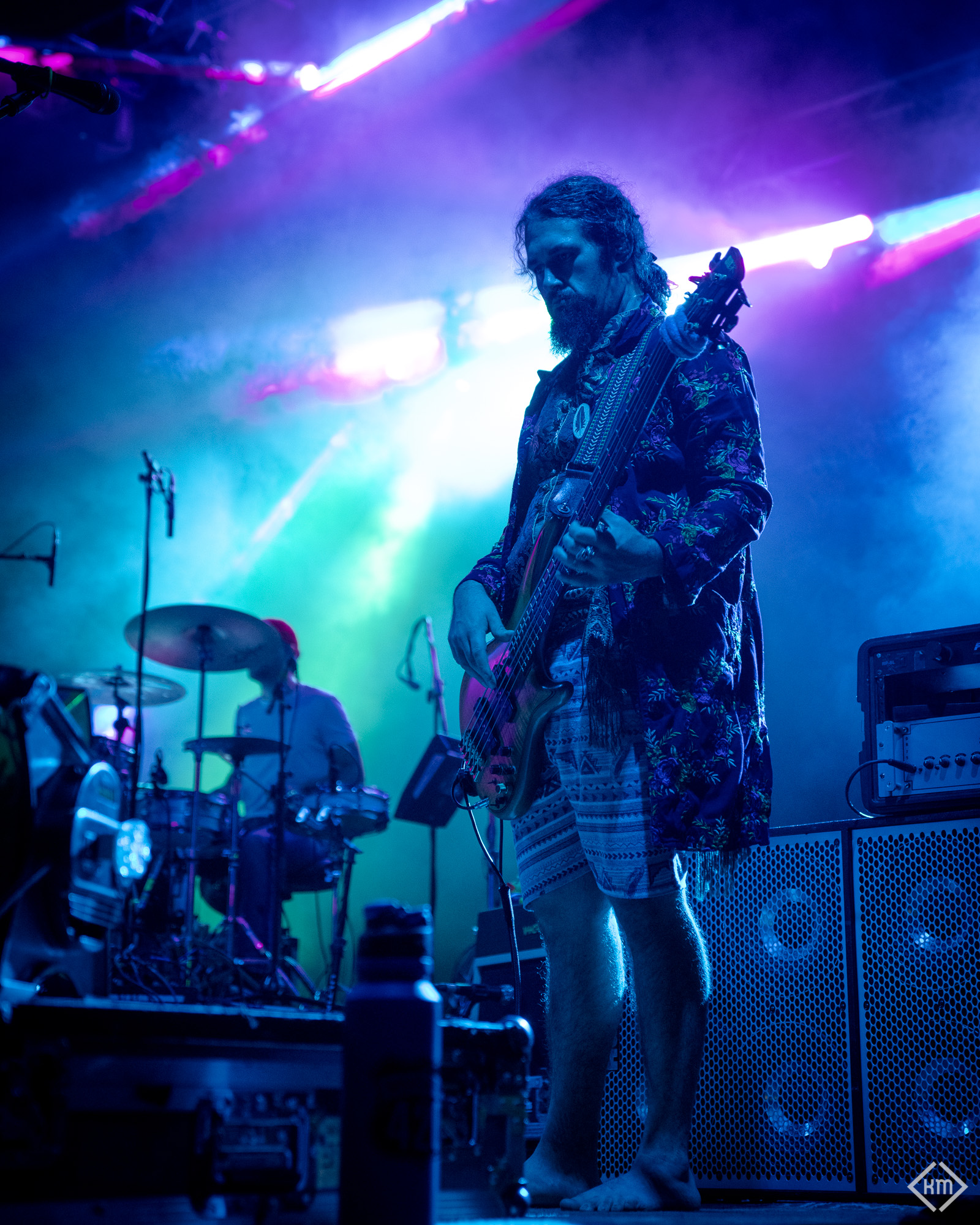 A segue into “Water,” one of the newest releases that was debuted at The 10th Annual Domefest, was up next. The nearly 10-minute version of “Water” kept fans moving and grooving, many of whom were holding cups, bottles, and gallons of water prominently in the air. With time for only one more song, Pigeons then played their only instrumental of the night, “Avalanche.” This song has become a staple closer, featuring a deep bassline and rhythm section, with piercing guitar solos and a very danceable melody. By the time it was over, it was apparent that this would be one of the more highly-regarded festivals Pigeons have played all year. They seem to have a special place in their heart for Resonance Music and Arts Festival, and I’m sure I can speak for the entire Flock when I say we hope they come back. Arrivederci!

All photos courtesy of Kendall McCargo